Arthur is now back in reserve trenches after days with little sleep; the weather has been very wet; last night there was an alarm, as a British mining officer said the Hun were undermining part of their trench and Arthur had to take the necessary precautions; two bombing shows failed to materialise; news of moving further back in time for Christmas.

… This morning early I moved out of the front line & leaving 2 platoons under Brady & Ochs up in the support line, came back here with the other two & Rice & Lewis. We came back about 5.30am.

Last night & to-day have been very wet & beastly. We were on the qui vive, especially last night for a little mining officer rushed in in great alarm, saying that the Huns were undermining part of our line. So I had to take the necessary precautions.

There were supposed to be two local bombing shows of ours last night, dear, but nothing seemed to materialise. We go back I think on Thursday, for 4 days.

I’m afraid, dear, this is an awfully sort letter, but I’m awfully tired & have hardly slept since we came up. With the result that I fell asleep this afternoon, when I meant to write. Tomorrow DV I’ll write you by Christmas letter. So remember me to all… 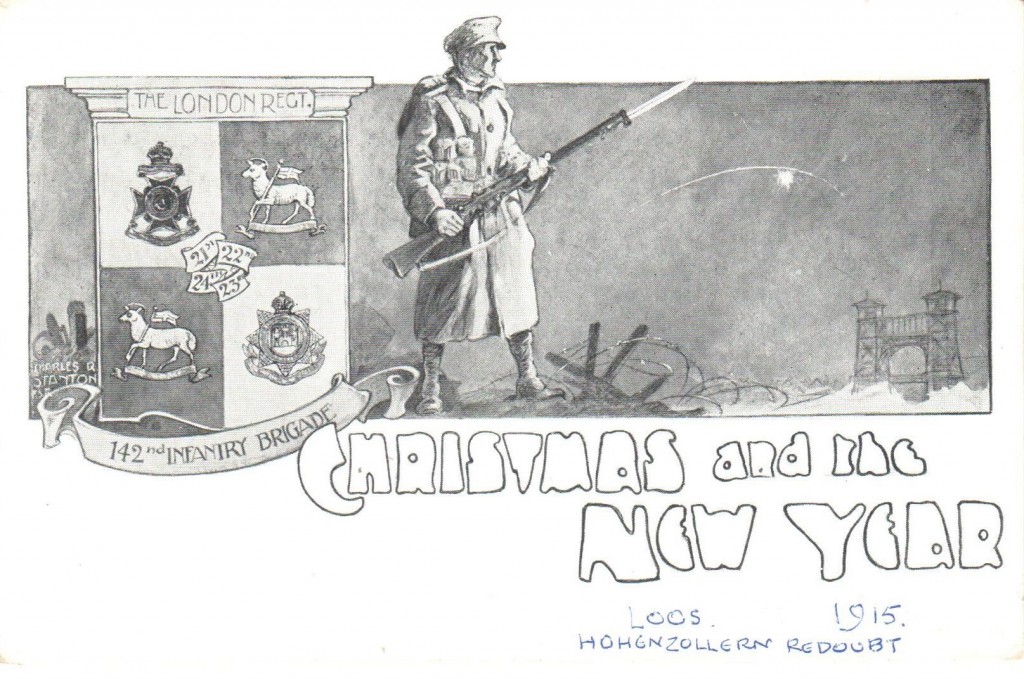