A long chatty letter from Arthur – and a Christmas card. Dollie seems to have it fixed in her head that brother Edouard may have some say in granting Arthur’s leave – but Arthur reassures her that he does not. Sad news about a former Serjeant wounded on the Somme, but Sandes is doing better. News from No3 about the recent arrival of niece, Marie Agius. The former CO hasn’t arrived back to take command – so something is amiss. It snowed last night but has now turned to muddy slush – which causes problems with the Corps Commanders inspections – the Middlesex weren’t very clean and Freeth was strafed by Hull as a consequence – to Arthur’s great amusement.

I received your dear letter of Sunday to-day (you see the posts “out” are good nowadays). Thanks ever so much. There is no need for you to worry about my leave having to pass through Edouard’s hands. The Claims Commission, on which he is, are on a par with the Graves Registration Committee; and are hardly considered as soldiers out here! His job is a sort of glorified mixture between an interpreter & a Field Cashier & has nothing to do with us. They are attached to the Corps HQ just as the Field Cashier is. As regards the month’s leave, dear, I have not seen the order; but as far as I gather, it is only applicable to Generals, Commanding Officers & Company Commanders who have been in command continuously for 12 months. So that it does not apply to Edouard either.

I am simply all impatience these next few days to know whether mine is coming through! The prospect of it is so glorious: I scarcely dare think about it. If only it comes through! I am awfully pleased to hear about Maggie – it is jolly good news. I shall try to get a wire off to her to-morrow.

Yes, dear, we are at L- G- [La Gorgue] as you have guessed. I don’t know quite what day we leave. Good news too about Sandes. Where do his folk live, in town? or at Eastbourne. Please Heaven this will be the last of his operations. I had a letter to-day from an old Serjeant of mine, who was wounded on the Somme. He writes from hospital in the West of England to say that he has had his left leg amputated. I am sorry – he was a very brave fellow.

I also heard from the Mater. She writes about Maggie, just giving me the news. She still seems a bit “under the weather”.

Sammy never turned up after all last night. I can’t quite understand what’s happening. Unless he has been promised command, I don’t think he’s wise to provoke an issue out here, really dear. For Maitland is such a good CO that I don’t think Hull – the GOC – will let him go. And Sammy will never work under Maitland, as second-in-command – for as Major he is senior to Maitland – though Maitland of course ranks above him now as Lieut. Colonel.

I had a little note from Patricia, thanking me for the brooch – very sweet of her, eh dear? I’ll send it along. I am sending you a Christmas Card – the Divisional Card – just for you to see, dear; I’ve bought about 50 of them, & so far have sent one to Connie & the girls in Malta. The others I’ll keep for a bit. Please GOD, I’ll bring you my Christmas greeting myself.

Yesterday it SNOWED! and then rained – oh the slush of it all. In the evening I took Alfred to the Bow Bells & he asked me in to Mess. That was why I was rather late. It had cleared up, & there was a ripping moon when I came back to bed.

To-day we were inspected by the Corps Commander. Hull was there & Freeth; all were very affable; I don’t think Freeth was very happy – he looked worried. The Corps Commander had inspected the Middlesex before us & it seems that they weren’t very clean: & apparently Hull had been strafing Freeth about it – it was rather humourous!

We were inspected by companies. I was the second to be done. This afternoon I’ve slacked a bit; had a very priceless bath at last! The weather to-day, dear, is much better, even an occasional glimpse of sunshine! There is very little news else – Lidiard has gone to hospital with a touch of trench fever – caught on a bayonet fighting course.

You can imagine how I long for news of leave. I am very fit & well DG. I do hope you are too & that you’re having fine weather. How is the dear old Mater: I hope to write to her before I go to bed to-night & enclose the cheque… 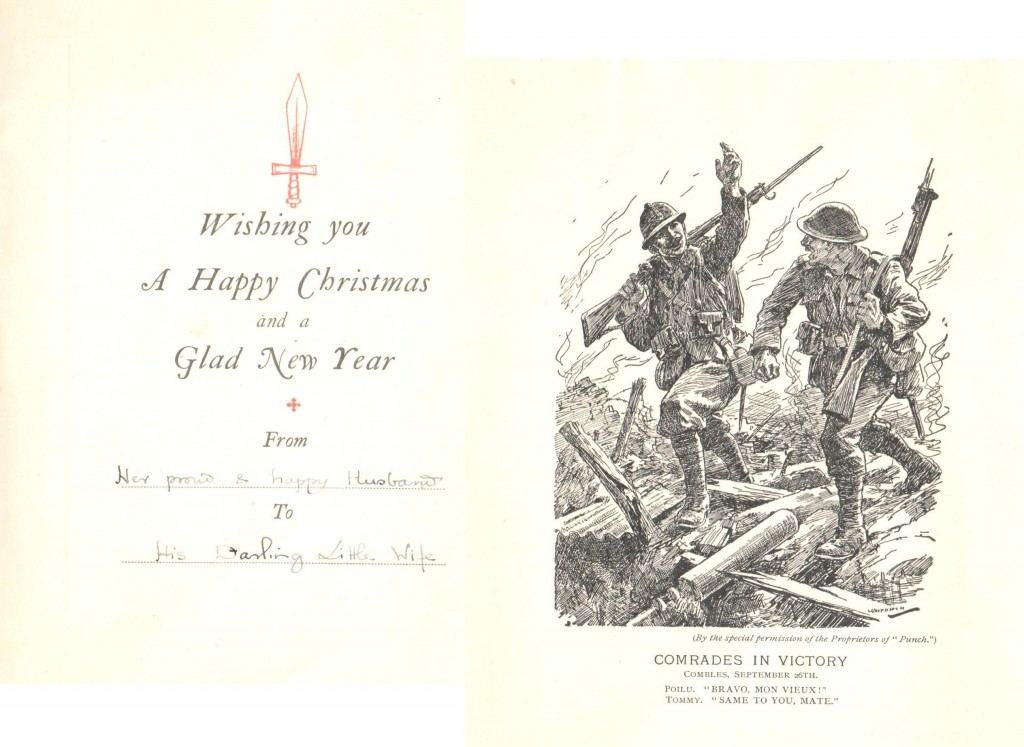