Dickie is finally home at the Grove and adds his own voice to the saga. He mentions sister in law Maggie Agius with great affection. She would be missing her own four younger brothers, currently over in Canada and Malta (Arthur, George, Lennie & Frank Samut). This section concludes with an account of her last meeting with Dickie (in 1917), but first Dickie writes to headmaster Ramsay in July 1914:

I went to see a doctor, Mr Ware O.G. in London and he says my nose is getting on extraordinary well and all that it needs is a little rubbing and syringing, that there is no need for a splint or any machine at all. I have to see him again soon. I am glad I am here to pick up again with my sister-in-law [Maggie Agius].

My people do not advise me to go to camp with the other boys, as you suggested. I will write again and let you know any further developments.

I remain yours truly,

PS: The address “Downside” is called after the school as I believe Hansom designed it. The address is 22 Downside Crescent”. 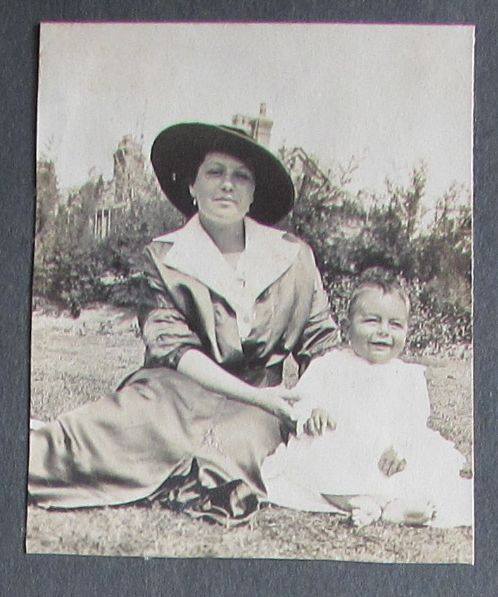 Sue McEvoy interviewed her mother Maggie Agius (then aged 92) in 1980, and she had this to say about her final, poignant meeting with Dickie:

SM: Did you know him well [Dickie] – what was he like?

MA: Oh, he used to wait hand and foot on me. He used to take all my luggage, pay the Porter. I never had a care. We got a bus from Victoria and he used to take complete charge of the luggage … big trunks and big hampers … blankets and sheets and … we used to go for three months.

MA: Very tall, very smart. He was going to be a priest.

SM: Didn’t he give you a record … remember you had a record of somebody singing, that you used to play.

SM: Why did he think that?

(Note –  Joseph and Maggie Agius lived at 22 Downside Crescent a short way from 3 Belsize Grove.  It is believed that Downside Crescent , built in the  1890s, was designed by Edward Joseph Hansom, old boy of Downside School).