About The Arthur to Dollie Letters 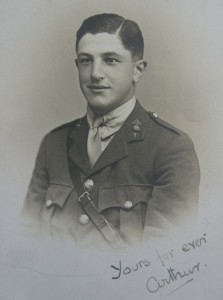 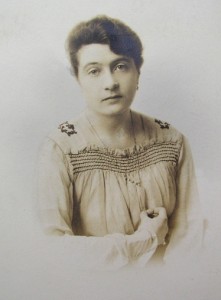 Dollie and Arthur pledged to love each other for ever, and never be separated. When war broke out Arthur, 21, was already in uniform – a Lieutenant in the Territorial Army – and about to leave for training camp.

By the end of August 1914 Arthur had been posted to Hampshire with his regiment, and after years of waiting the two young people were at long last engaged to be married, just a few days after Dollie’s 21st birthday. There followed a few months training in the relative safety of Malta, but then Arthur found himself in the trenches of the Western front – facing and surviving the horrors of Neuve Chapelle, Aubers Ridge, Festubert, Loos, Gommecourt, Guillemont, Ginchy, Fleurs Courcelette and Transloy Ridge. In mid October 1916 a battle-weary Arthur was granted leave to come home and finally be married to his sweetheart.

During the time they were apart Arthur and Dollie wrote to each other almost daily. They lived for each others letters and when battle prevented writing Arthur would endeavour to send a field service post card to let Dollie know all was well.