One Man and His Wars by Eve Bendall – 1 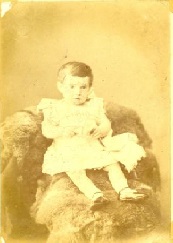 This is the story of one man, who was born at the height of Victorian splendour, educated in the Edwardian era and served with distinction in the 1914-18 war; his subsequent career and marriage, his distinguished position in the 1939-45 war; his  retirement and death in 1953, as the Empire was slipping away. There  is a  considerable collection of memorabilia, including many of his letters and telegrams to his mother during the first war; if nothing else, this illustrates the mind set of his generation – which even 2 wars failed to change for those who survived; the author is his only surviving relative.

Frederick William Duffield Bendall was born in Manningtree, Essex, on July 6 1882. He was the third child  and  only son of Frederick James Bendall (born February 12 1852)  and Ida Kate (nee Brooks) (born Jan 21 1852). His parents were married in October 1876 – both aged  24 ; both were from local families – the Bendalls were iron founders and seed crushers, and the Brooks were maltsters, with their own yard at Mistley – probably rather more affluent than the Bendalls.   ’Fritz’, as he was called by the family,  had 2 older sisters – Ida and Dorothy and 2 who were younger – ‘Belle’ (Isobel) and ‘Sharlie’ (Charlotte); the family lived in South Street, Manningtree, and in the 1881 census, Fred (the father) was described as being ‘a seed crusher employing 4 men and a boy’. There were 2 live-in servants.

The family progressed well until 1890, when Fritz was 7; then his father became ill and subsequently died on March 31,aged, 38.He died, according to the death certificate of  Cancer of the omentum – 12 months?  at 12 Hillingdon Road, Hillingdon – his sister-in-law, Charlotte Brooks (Ida Kate s older sister) who normally resided in Mistley, was present at the death.The reason for Fred dying in Hillingdon, with Charlotte, instead of at home is not clear, but with 5 young children in Maningtree, can be guessed at. In the large family Bible – a  must for Victorian families – Ida  Kate recorded his death as being  at a quarter to 7 am . He was buried, with other family members, at Lawford  Parish ChurchThe family circumstances  changed dramatically and Fritz -now the sole male – began to assume a role which he never abandoned throughout his life –  as head of the family.

They moved to a much smaller house in Ipswich – in the 1891 census there is now only one live-in servant and Ida Kate is stated to be ‘living on own resources ‘(no widows pension in those days !)  From memories of the reminiscences of Belle and Sharlie, much later ,it seems probable that the funding came from the Brooks. Ida Kate’s father, had lost both his eldest son and his son-in-law in the space of a few years and was  probably happy to assist with the family which had his only male grandchild. Certainly ‘Uncle Bob’ and ‘Aunt Char’ (Brooks) figured far more in their memories than ‘Aunt Polly’ and ‘Aunt Ellen’ (Bendalls) By 1901, Ida and Dorothy – the two eldest girls had left home and Fritz had finished his schooling at Ipswich Grammar.

Fritz won a scholarship to Selwyn College, Cambridge – the first member of either the Bendall or Brooks families to go to University. His university career was dominated more by sport – rugby, rowing and cricket – than by study, and in 1904 he was awarded a 2nd class degree in the Classical Tripos; later – in 1919 – he was awarded an MA but (as often in those days) there is no evidence of further study.

His sister Ida married Derek Catchpole – a boat builder – and Dorothy married Herbert Baker – a missionary. After their marriages, Fritz was not always in close touch with them. He was regularly in Ipswich; Belle was working as a governess, but was often at home. Sharlie, as she grew older, showed great talent as an artist and was possibly the most talented of the whole family,- but in this era her role was as a home maker to support and care for her mother. Fritz always felt a great responsibility for all 3 of them. He went on to teach Classics; in the early 20thC it was not necessary to train as a teacher.

It is not known where he started his teaching career but within a few years he was senior Classics master at Bridlington College, East Yorkshire – and was there until the outset of the War. While he was there two things developed which were to be of increasing influence — he first met the woman who years later would become his wife – and he became involved in the OTC at Bridlington College.

The Army Cadet Corps originated in 1859 and a number of schools formed units which were attached to Regular battalions. In 1908, Lord Haldane, the Minister for War, invited universities and schools to form units of a Corps to provide officers for the then newly formed Territorial Force and a reservoir of officer material in the event of war. As a result, 87 schools accepted and formed the Junior Officers Training Corps. This was administered directly from the War Office which drew up schemes of training, introduced proficiency certificates and arranged for annual camps and inspections.

Fritz became deeply interested ,eventually becoming a Captain in the Territorials and Officer in charge of the school Junior OTC.  The  Junior OTC at Bridlington  College, along with other schools, attended camp and were inspected.

Meanwhile, in his time off from being a schoolmaster, he had, on several occasions, visited the family of a local GP, in Nafferton, 7-8 miles  away.  Yarrow,John and Graham Eccles were, or had been,his pupils and he got to know the family well. Yarrow was now in London, at medical school, but Fritz’s  main interest  was centred on his sister Marie, who was now 17, and shortly to study music at the Royal Academy.  ‘Beaky’ Bendall (as his pupils called him), was deeply in love with Marie and about this time he asked her father if he might propose to her;  Dr Charles Eccles found the 30 year old man’s request impossible, and told him to go away until she had grown up. To Marie,  her brothers’ teacher seemed too old to take seriously.