One Man and His Wars by Eve Bendall – 11

Very little is known about the relationship between Fritz and Marie for the next few years but something is known of the two families. The Bendalls were still living at 31 Fonnereau Rd, Ipswich – Ida Kate and Sharlie were there all the time; Belle was working as a governess – she had had a daughter in 1911; there is no name for the father on the birth certificate – the girl was called Jane Rose and was being brought up by a family in Sussex but her mother and Sharlie kept in touch with her. Fritz and Belle were at Fonnereau Road on occasions; in 1919 Fritz returned to Bridlington to take up the teaching position he had left in 1914.

The Eccles had moved from Nafferton to London towards the end of the war and were living in Broadhurst Gardens, Hampstead.  Charles (the father) was  probably still practicing as  a GP and Yarrow was now also in practice and may well have been working with his father; John was still at Medical School – he had been invalided out of the Army having been badly gassed in the trenches. Rex had joined the Air Force. Graham had been sent to Canada 2 years before – probably as a result of a liaison with a kitchen maid ! Beatrice was 15 and  still at school as were the twins, Donald and Kenneth, who were 10/11. Marie was now 23; she had completed her musical studies and achieved her LRAM ARCM  – and had gone on to be an actress – doing quite well in the West End. She had taken the stage  name of Janet or Jane Eccles. From this time all her family always called her ‘Jane’; they also all (including Marie) called Fritz  ‘Bill’  as they disliked the name which had been slang for a German throughout the war; however Fritz’s family always called Marie by that name . This incongruity over names reflects something of the families attitude to each other – not that many of them met at this time – Charles Eccles always held that Fritz was too old for his daughter, and the Bendalls did not think that an actress was ‘right’ for ‘the Colonel’! 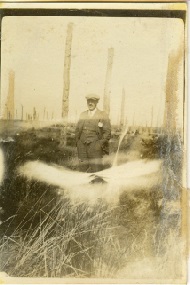 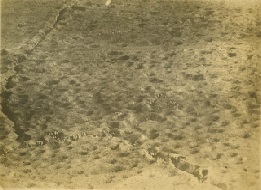 During the school holidays in 1919, Fritz went back to France to try and locate the shell hole where he had been wounded; he sent a post card to his mother  ‘All very good so far – found my shell hole this morning – FWDB.
He brought home some photos – and (in his mother’s words ) ‘A blossom from the shell hole on the Menin Road where he was wounded on Aug 16 1917 – gathered by himself Sept.2. 1919.’ In the envelope on which she wrote this there are some dried leaves and petals – and there were some seeds, which a horticultural friend of the author managed to germinate in 2000 – and the poppy flowered! 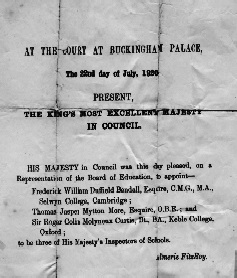 In 1920 Fritz moved from Bridlington to become an HMI (Inspector of Schools). It is not known where Fritz started his career as an HMI, but by 1924 he was in Chester and enjoying himself. There had been no particular events in the Bendall family that are known of.

The Eccles were progressing – John qualified as a doctor; Marie (Jane) played in some of John Galsworthy’s new productions and worked with Lewis Casson and Sybil Thorndyke – and in 1923 set off with a  theatre company doing an extended tour of South Africa and Australia – expected to last at least 18 months. While she was away, tragedy struck the family; in one 10 day period in March 1924, first Beatrice (aged 19) and then Charles (the father, aged 58), died; the death certificates are identical as to cause of death – influenza 2 – 4 days followed by broncho-pneumonia 2 – 3 days. This was almost certainly the tail end of the disastrous flu pandemic which had been raging, world wide, since 1919. Both died at home ; Yarrow was present at his sister’s death and John at their fathers. It must have been a total disaster for Constance (the mother); the breadwinner had died – and the twins had to leave the secondary school where they were studying, aged 15. Her only remaining daughter (and also a breadwinner) was abroad and unlikely to return for several months. It seems likely that Yarrow and John – neither of whom were married yet – helped out; when Marie returned, the family  moved to a smaller house in Hendon.

Whether it had anything to do with Charles Eccles’ death is not known, but one evening in early 1926, Marie (Jane) returned from the theatre, and announced to her younger brother, Donald – to whom she was, and would always be, very close –  ‘I’m going to marry ‘Beaky’ Bendall’!    Donald – according to his memory – experienced a violent, sudden nose bleed, at this news.  No-one else’s reactions are known – but a notice soon appeared in ‘The Times’.

The marriage was subsequently arranged for Wednesday August 4 at Christ Church Hendon.

Fritz wrote one of the hymns

Grant that their love may grow
Thro’ all their earthly days,
And teach them for this added boon
To turn to Thee in praise

O crown with happiness
The home they go to make
Teach them the joy of sacrifice
Each for the others’ sake.

Shine from Thy Heaven, shine
Upon their bridal morn
And grant them, by thy grace, that Life
May from their Love be born

After the honeymoon, Fritz and Marie lived in Pakenham Road, Edgebaston, Birmingham – Fritz had a new posting there. They had various relatives come to visit, and Marie worked with the Birmingham Repertory Company for some of their productions.

In the autumn Marie was pregnant; at some point she and Fritz had a holiday in Europe and lit a candle for the baby in Milan Cathedral.

Fritz wrote poems for the coming baby – but always to ‘he’ – possibly not surprising since his own childhood had been largely dominated by women. The baby was born after a long and difficult labour on August 7 1927 – and was a girl; she was called Eve after her mothers greatest friend from the theatre – Eve Acton Bond; her other godparents were Belle Bendall and Yarrow Eccles.