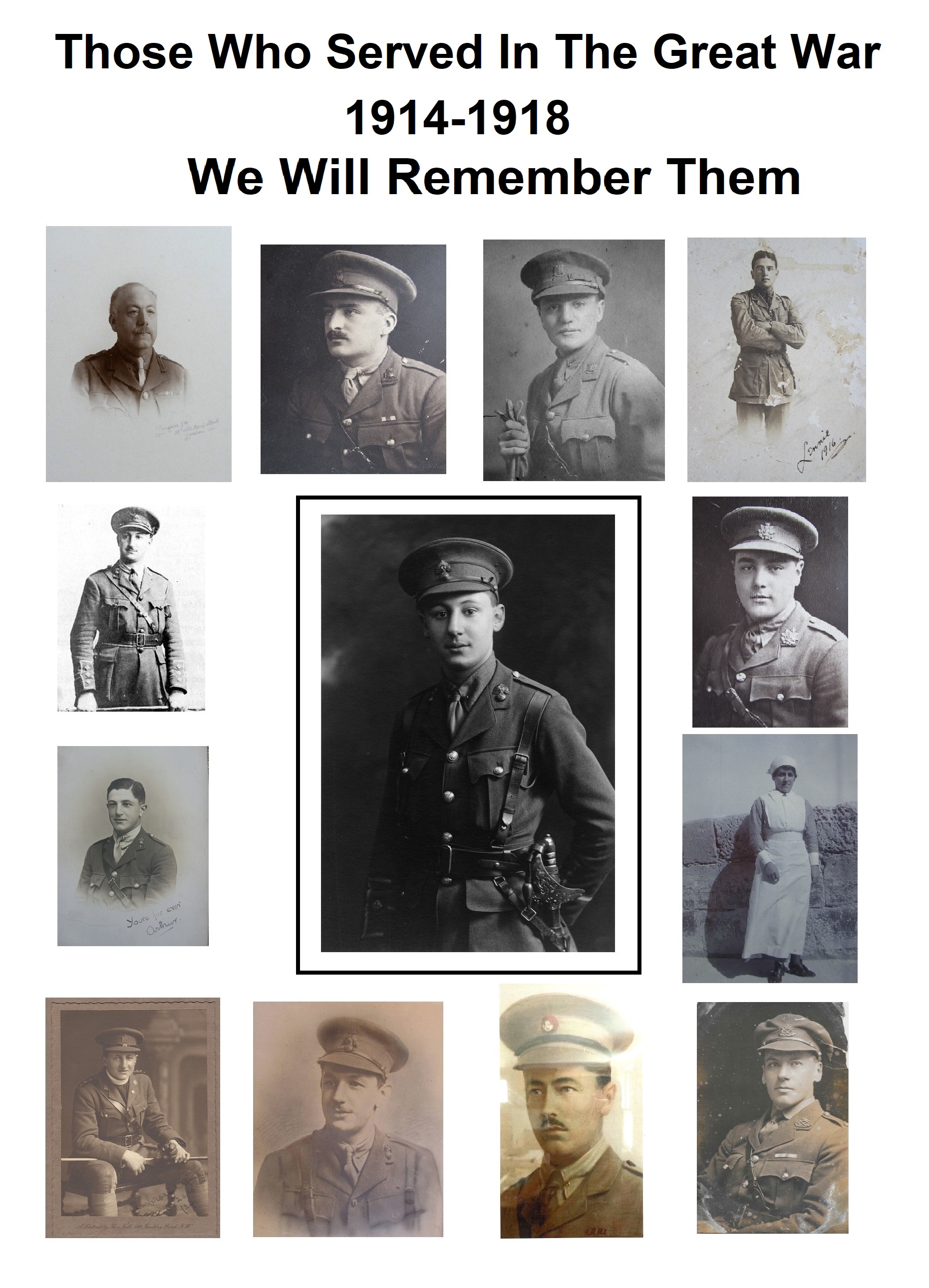 Lt Joseph Louis Muscat – served in Gallipoli, was wounded in Picardy in 1917 and then joined the Munster Fusiliers.

AB James McLauchlan Edgar , married to a 2nd cousin to the Agius brothers  (Carolina Testa).
Served on HMS Agamemnon in the Dardanelles Campaign  Feb 1915 to Jan 1916.

Other Maltese Officers  related to the  Samut brothers –

2nd cousins to the Samut brothers –

2nd Lt Hugh Von Brockdorff  –  King’s Own Malta Regiment   –  arrived in Gallipoli  13 Sep 1915 then joined the 2nd South Wales Borderers in February 1916 in Egypt before going to the Western Front.

and great friends of the Agius, Samut and Parnis families –

Rev Arthur Henry John Pitt  –  RN Chaplain Killed in action at the Battle of Coronel 1st November 1914 when all were lost on HMS Good Hope.  His son , Arthur John Wright Pitt, married Tatiana Mifsud , daughter of Joseph Mifsud and Vera Yarmonkine  (one of the Russian emigres who arrived in Malta April 1919) .  Arthur was Commander of submarine HMS Taku based in Malta.  Tatiana’s 1st cousin (but much older) Sir Ugo Mifsud stood in as father of the bride at her wedding in 1937.   (Ugo Mifsud was also 1st cousin to the Agius brothers in WW1).

Other relations of Ed T Agius descendants and their spouses/partners  –

P.O. John Dimond – HMS Goliath, killed when torpedoed in the Dardanelles 13th May 1915

And others we have come across in our 4 year journey –