Arthur was born in April 1893 at the family home in Belsize Park Gardens – the fourteenth of fifteen children born to Edward Tancred and Maria Concetta Agius (nee Muscat). He received his secondary education at Downside School, Stratton-on-the-Fosse (September 1903 – December 1910). At an early stage in his secondary school career it was decided that Arthur should read law and become a barrister, but in spring 1911 he was articled to solicitor Alan G. Gibson of Thomas Cooper & Co in Leadenhall Street, London.

At Downside Arthur was a keen member of the school Cadet Force. Almost immediately on leaving school he followed his older brother Alfred into the London Regiment. In April 1911 he was commissioned as a Second Lieutenant in the 3rd (City of London) Battalion, the London Regiment (Royal Fusiliers) –Territorial Force, and in 1912 he was promoted to Lieutenant.

At the start of August 1914 Arthur and his fellow Territorials were busy preparing for their annual summer training camp. Overnight they were mobilised, and by 3rd August found themselves, with the 1/3rd Battalion, guarding a section of the Basingstoke to Eastleigh railway line. The Ladies first class cloakroom on the main Winchester Station platform became Arthur’s HQ, and the senior Officers messed in the nearby Eagle Hotel – a dreadful place according to Arthur!

At the end of August, whilst still stationed at Winchester, Arthur and his devoted sweetheart Dollie Noel were engaged to be married –just a few days after her 21st birthday. Serving alongside Arthur in the Battalion were his brother Alfred, and Dollie’s brothers Edouard and Emile – so it was very much a family affair. 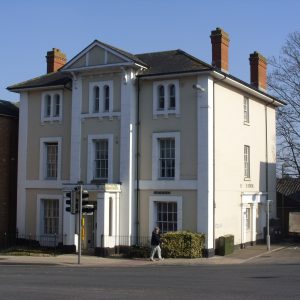 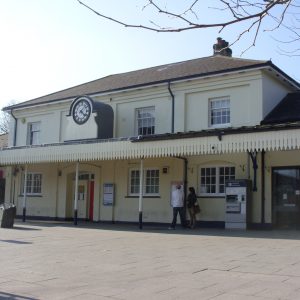 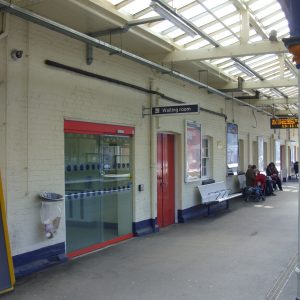 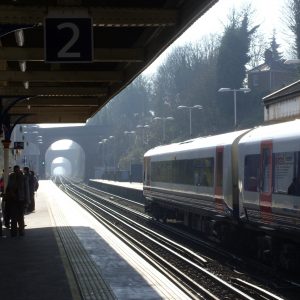 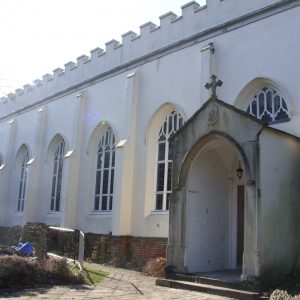 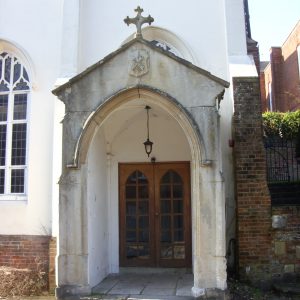 In September the Battalion sailed from Southampton, bound for Malta. They were based in and around Imtarfa Barracks until the beginning of January 1915. This was their first overseas posting – the Territorials were to relieve the regular British Army troops (for active service elsewhere) and continue with basic training.

By 1914 a number of Arthur’s older sisters had married Maltese gentlemen and were well and truly settled on the island: brothers-in-law Frank Denaro and Anthony Arrigo were senior officers in the K.O.M.R. In the spring of 1914 Arthur had already visited Malta – to celebrate his 21st birthday. Sadly for him, sweetheart Dollie was not a member of that group.

But in early November, the newly engaged Dollie – with her mother as chaperone – left England for Malta on the SS “Persia”.  So now Alfred and Arthur had the delight of visiting close family, introducing Dollie to some of her future in-laws, dining with their elder sisters and entertaining the numerous Cassar, Denaro and Arrigo children during off-duty hours.

Arrival on the Western Front

The 1/3rd Battalion sailed from Malta on 2nd January 1915 in the RMSP “Avon”. They arrived safely at Marseilles on 5th and finally reached Etaples Camp in the north of France  around the 9th – after what seemed like an endless train journey across the country. On 26th January the Territorials transferred to billets at Tatinghem, near St Omer, to complete their training.

It is interesting to note that at this stage of the war it was entirely possible for Dollie and her mother, along with other service wives and family, to travel home to England in relative safety. They left Malta very soon after the battalion, following in their path, travelling first by boat to Marseilles, and then by train across France to the channel port.

As Arthur and Alfred said their reluctant farewells to family and friends in Malta, the youngest brother Richard sailed into Valletta harbour with the 2/3rd Londons. He had recently obtained his army commission, having left Downside School in the summer of 1914. At just 18, Richard’s war initially took him in a completely different direction to his four elder brothers –Egypt, the Sudan, surviving action at Gallipoli, before eventually transferring to the Western Front in 1916.

From May – July 1915 and February – September 1916 Arthur served as Company Commander, also commanding his Battalion for brief periods during December 1915, January 1916 and then in September and October of 1916.

At the end of October 1916 a battle-weary Arthur was granted home leave. At long last he and his beloved Dollie were married – on 21st October 1916 at St. Dominic’s Priory, Haverstock Hill, London. His recently ordained brother Tancred, (Dom Ambrose – a Benedictine monk), performed the wedding ceremony.

Brothers Edgar and Richard were also granted leave to attend; only one brother was missing from the family wedding photograph – Alfred had to remain on duty in France. One sister, Marie Denaro, had even braved enemy submarine activity to make the long boat and train journey from Malta earlier in the year.

After a brief honeymoon in England, Arthur returned to his Company in France with a very heavy heart.

Arthur was awarded the Military Cross in January 1917, returned to England sick, and served as Garrison adjutant No2 District Aldershot Command from May 1917 until the end of the war. After the Armistice he was placed on the Territorial Force Reserve.

Throughout his life Arthur was a meticulous note taker and a talented mapmaker. Extracts from his writings have been quoted in author Lyn MacDonald’s books “Somme” (first published 1983) and also  “1915: The Death of Innocence” (1993). The Imperial War Museum in London currently holds a collection of Arthur’s wartime papers: reference – Documents.8589: Private Papers of Captain AJJP Agius, MC. An audio recording of his interview with Lyn MacDonald also exists in the archives.

The Arthur to Dollie Letters

Whilst on active service, Arthur and Dollie wrote to each other almost daily – and Arthur’s letters have survived the decades. The “Arthur to Dollie Letters” collection, covering the period 1914-1916, is held by one of his great nephews. Edited selections from the letters can be read through this web site blog, and are being published, one hundred years to the day that they were written – from Winchester, then Malta and finally the trenches of the Western Front.