This account of Frank’s life was written by his wife Doris (nee Bonavia) ,

and posted here by Peter Agius,  great-nephew to Frank. 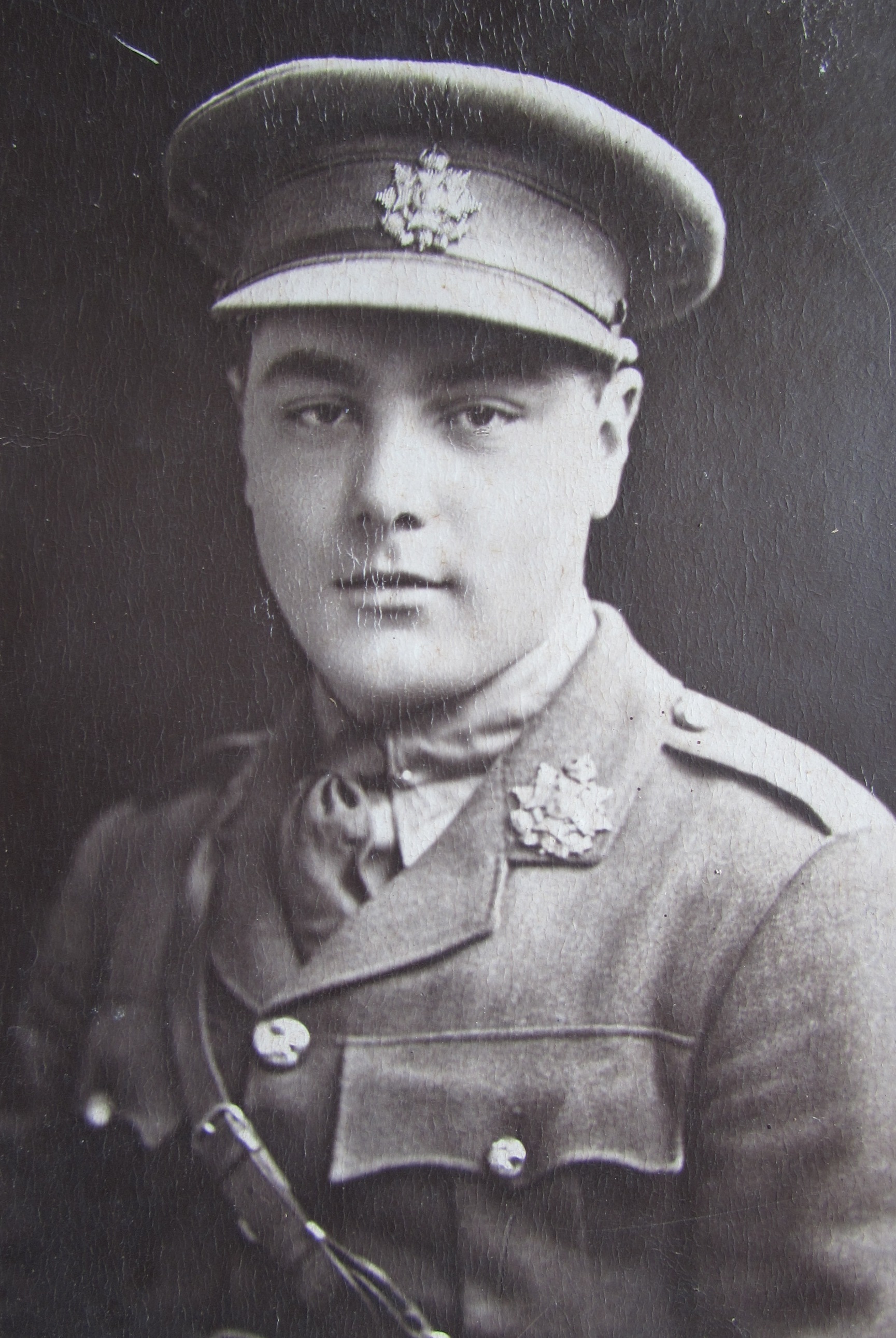 Frank, Achilles and Enrichetta’s youngest child, was born on January 10th 1897 in Woolwich, England, where his father was Chief Officer Ordnance Dept. His godfather, Colonel Leslie, a great friend of Achilles, gave him his own surname as his second baptismal name.

As a young boy, Frank attended a Kindergarten (not so called in those days) and remembered his teacher for years and spoke of her with affection , while his brothers teased him for having been taught by a woman! His parents returned to Malta on Achilles’ retirement (1905) and Frank was sent to St Aloysius College, run by Italian Jesuits, where most boys went. He was very unhappy at this school as the Italian Jesuits ideas of discipline were very unpleasant. Frank was a quiet, neat and well-mannered boy so as a punishment he was made to sit next to a boy known for his filthy manners and dirty habits. Luckily Frank’s father turned up unexpectedly one day at the school and found his son in floods of tears and in a very distressed state. Achilles went immediately to the headmaster and told him he was removing his son from the school straightaway.

Frank then attended Flores College from where he graduated to Malta University. He was extremely fond of  music and his one desire was to become a conductor one day. His parents did not think this was a good idea and persuaded him to read law.

When the First World War broke out Achilles was recalled to the colours. (He had served in the South African (Boer) War 1899-1902: Natal 1901, Transvaal 1902, mentioned in despatches and awarded the CMG. His three older boys were also in the army: Arthur in the Wiltshire Regiment , Lennie in the Worcester Regiment and George in the Ordnance Corps (AOC) . With his father  and three brothers in the Army, Frank decided to join up as well. He entered Sandhurst early in 1917 at the age of 20. This was one of the sadder periods of the war, when thousands of young men had been wiped out at Ypres, so those at Sandhurst had their training cut short and were sent to France as quickly as possible. Frank was commissioned in the Border Regiment and in October 1917 joined the Battalion in France.

The War Office approved the transfer of several divisions from the Western Front to Italy and in November 1917 the 2nd Battalion Border Regiment crossed the Italian frontier via the Mont Canis Tunnel.   Frank served with the 2nd Battalion during the Italian campaign. During the assault on Stella Fort a small party led by Frank captured 21 prisoners and 3 machine guns, which earned him a mention in despatches.

In August 1918 , Frank was wounded by a bullet in the face and admitted to a military hospital in Genoa and later to a convalescent home in Portafino, rejoining his Batallion on recovery.

At the end of the War, the Italian Military Command presented a medal to those who had served in this campaign.

After the war , Frank qualified as an Italian interpreter. He was billeted with the Marchesini family in Genoa while studying for his ‘Interpretership’. The Marchesini became life long friends . Years later we went on holiday with Enid to Genoa and were warmly welcomed by this family who were kindness itself and had great affection for Frank. (I append a letter of condolence I received on Frank’s death from the eldest Marchesini son, which speaks for itself).

After the 1914-18 War,   Frank’s service included the Waziristan Campaign in 1923 with the 1st Battalion for which he was awarded the Medal and Clasp. He served in the Far East in Karachi , Bombay and Hyderabad.  In 1927 he went with the 1st Battalion to China as part of the Shanghai Defence Force having previously been stationed in Aden. While stationed here he found with with surprise and pleasure an old Maltese friend, Maria Demarco, who was married to Ron Farmer, the Eastern Telegraph Company’s Manager. Swimming was enjoyed in Aden and nets had been laid down to keep sharks away. While deep sea diving Frank discovered that the nets had been torn away and reported at once that swimming was not as safe as suggested.

Frank was a strong man and a keen sportsman: football, hockey, tennis, water polo, swimming and shooting. He took part in all these and represented his regiment on many occasions, including Bisley (shooting). In 1921, while serving with 1st Battalion, he enrolled for the Army Physical Training Coarse and in Poona and in the final examination passed out second with 998 marks out of 1160 thus obtaining a First Class Army Physical Training Certificate and qualifying for the appointment of Supervisor of Physical Training with additional qualifications in Swimming and Wrestling.

While serving in Northern Ireland with his regiment he acted as interpreter to Marshal Italo Balbo and his squadron when they stopped in Londonderry on the ill-fated flight to the Middle East.

On the outbreak of the Second World War he was again serving in India in Calcutta. In view of his Italian interpretership he felt perhaps he could be useful in Africa and volunteered for service there. Before proceeding to Africa he was in Britain and in 1940 served as Ship’s Adjutant in convoys first in the Norway Campaign on SS Oronsay , Orient Line (later sunk off Liberia in 1942). He was next Ship’s Adjutant in the Mediterranean , when his ship called at Malta to pick up women and children to be escorted to UK. His brother Lennie was Embarkation Officer and, when the ship arrived in Malta,   Frank spotted his brother on the Valletta Custom House Wharf and gave the family whistle which Lennie recognised with surprise and delight. The evacuation operation went well and many of the women helped by keeping watch. The ship reached England safely with the addition of two to the number who had embarked in Malta : two babies born on the journey!

On return to the UK, Frank was posted to Africa with the 8th Army. Because of his qualifications,  Frank acted as interpreter while escorting General Albert Mannerini of the Italian Army from the Middle East to Britain when the general was taken prisoner by the 8th Army. On the long voyage, with the General’s assistance , Frank compiled an English-Italian dictionary of military terms , which he hoped to publish. The General became a friend and never forgot what he called Frank’s “estrema delicatezza & gentilezza verso un nemica”. (Extreme delicacy & kindness towards an enemy). After the end of the War, on his way to holiday in Malta with Enid, Frank called on the General in Rome. He was so delighted to see them that he looked around his sitting room and picked up a hand-wrought African silver box and presented it to Enid.

After the War , Frank joined the Ministry of Pensions in the Officers’ Friend Department and as a Ministry Representative on the Pensions Appeals Tribunal. When this job folded he joined the legal firm of Linklaters and Paines in the City. While living in London he also acted as Treasurer of the South of England Branch of the Border Regiment Association until he retired in 1966 and returned to Malta. He died peacefully and unexpectedly in his sleep a year later, 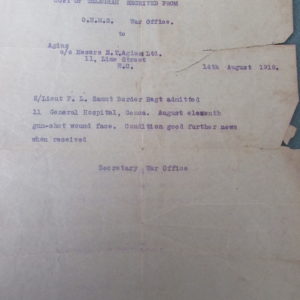 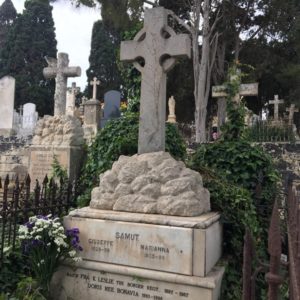 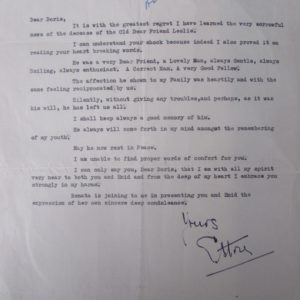 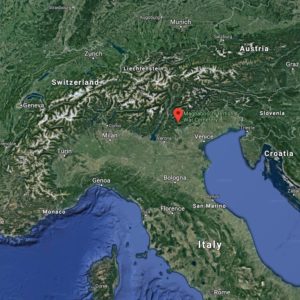 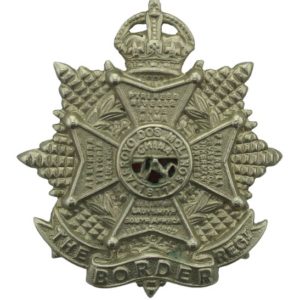 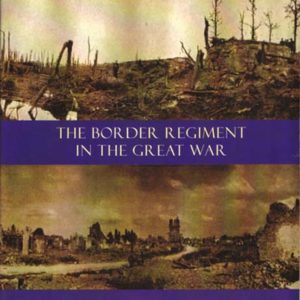 Family and friends who served in the Great War

A ROYAL ENGINEER, educated in Paris, at Stubbington House in Fareham, Surrey and at the Royal Military Academy, Woolwich. He was commissioned in the Royal Engineers in 1871. Leslie became a Lieutenant in 1871 and subsequently was promoted to Captain, Major and Lieutenant-Colonel in 1898. In 1888 he married Annie Isabella Major (1847-1921), born in Sierra Leone as a British Subject by parentage, with whom he had five children. He was responsible for preparation and maintenance of the concentration camps during the Anglo-Boer War. He was also an artist and there is a painting of his of the Thames at Woolwich in 1894 on the Panvertu Art Gallery wesite. At that time many army officers were trained in drawing and it was not unusual for them to develop a wider interest in art. He retired with the rank of Lieutenant-Colonel in 1903 and was at one point Vice-President of the Society of Architects (n.d.). and recorded as an Examiner in Science for the ROYAL ENGINEERS in his retirement. 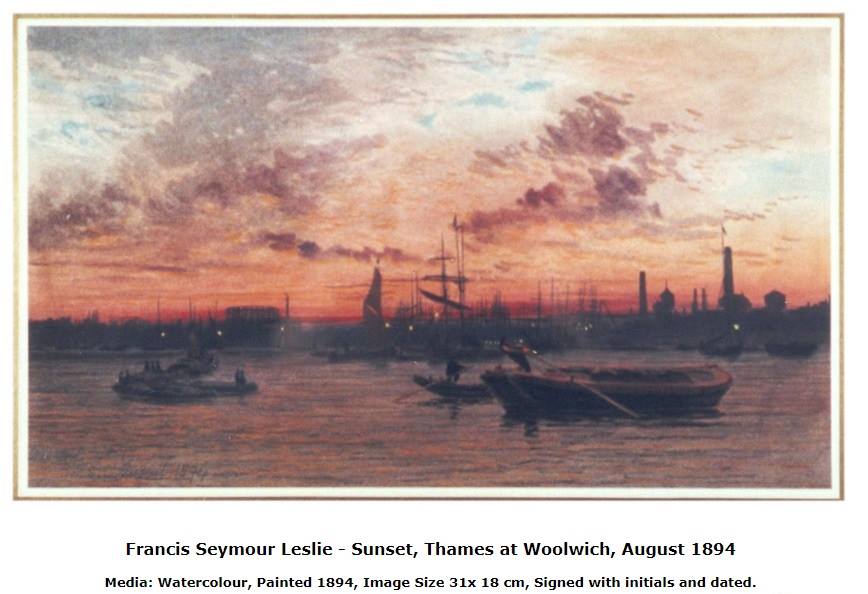