Week of Prayer for Christian Unity 2020

Since Ancestry has told me that I’m officially 23% Maltese , I’ve been asked to give you a very quick tour of Malta and St Paul’s place in Maltese history.

Chapter 27 of Acts gives an amazingly detailed account of Paul’s 4th journey on his way to Rome. Most of the places mentioned still exist and so we can plot the journey very accurately

After 14 days of being battered by severe North Easterly storm and with Paul’s prayer and God’s guidance they found land and managed to swim ashore on Roman Melita , or Malta as it’s called today.

Just to put it into perspective I’ve transported Malta next to the Isle of Wight here, which is almost exactly the same size, and you can see how fortunate they were to strike land.   Imagine the Isle of Wight with 360   minor basilica sized churches , grand citadels and fortifications , and you get an idea of what is so amazing about Malta.

Although some dispute it , tradition says that the shipwreck was in a large bay on the North East side of the island , which is now called St Paul’s Bay. (4 – St Paul’s Islands)   And there we find the isolated St Paul’s Island with a large statue of the apostle facing out to sea.   (5-Statue)

The account in Acts has been forensically analysed to try and determine the exact point of landfall. We are told that they boarded an Alexandrian grain ship at Myra. (6 – Book) A cousin of mine , Mark Gatt, is an expert diver and in 2005 he raised a fascinating anchor off Qawra Point on St Paul’s Bay with markings that indicated it was a Roman anchor from an Alexandrian grain ship. This could be the very anchor mentioned in Acts. It was shown to Pope Benedict when he visited in 2010, and Mark has written a book Paulus – The Shipwreck 60AD.   (7 – Anchor Stocks)

Malta was taken over by the Romans in the 2nd Punic War 216 BC and by 60AD it was a thriving Roman Province. (8 – Mdina) The population was probably around 30 thousand , mainly living in Mdina , a large settlement at the highest point in the centre of the island, and this is likely to have been where Paul was taken to meet the Roman Governor Publius. Maltese tradition has it that St Paul converted Publius to Christianity and so led to Malta being the first Christian nation in the west. He is listed as the first Bishop of Malta and thought to have been martyred in Greece after 100AD.

One of Mdina’s tourist attractions is the Domus Romana which may have been where Publius lived and Paul visited.

Over the next 1500 years Mdina contracted along with a reduced population, until the arrival of the Knights who fortified it to be the so called Silent City we see today.

After the fall of the Roman Empire in the West,   Malta stayed under Byzantine control and the population dwindled until it was taken over by Muslims from North Africa in 800 .   Christianity hung by a thin thread until it started to revive when the Normans in Sicily took over in 1100.

In 1530 Malta was given to the Knights of St John , after they had been ejected from Rhodes by the Turks. After surviving the Great Siege by the Turks in 1565 , they earned the grateful thanks of western christendom and great riches flowed into the island allowing the Knights to build the new fortified city of Valletta and defences and churches all over the island.   All the while showing a great devotion to St Paul and St Publius.   As you travel around the island it seems every tiny village has a minor basilica sized church with a statue of St Paul outside and it’s fair to say that St Paul is deeply ingrained into the Maltese psyche.

One of the oldest and grandest churches is St Paul’s Cathedral in Mdina and being of equal importance to (11 -) St John’s Cathedral in Valletta they are called co-Cathedrals for the one Bishop of Malta.

The Maltese are equally fond of St Publius and he is the patron saint of Floriana , outside the walls of Valletta, with a suitably grand church.

But my favourite church is tucked away in a side street in Valletta – The Church of St Paul’s Shipwreck – (14 – floor) because in its marbled floor is buried my gg-grandfather! They claim to have part of St Paul’s wristbone and part of the wooden block on which he was beheaded. Make of that what you will!   The Feast of St Paul’s Shipwreck, February 10th , is a public holiday on which great festivities take place around the church. It’s normally just before Lent and is very much their Mardi Gras.

After the French kicked the Knights out of Malta in 1798, the Maltese invited the British to takeover in 1800 , and they stayed for another 160 years. And so started a strong Anglican tradition working alongside the Roman Catholic Maltese. The British Governors learnt to rub along with the Bishops and Maltese clergy in an early sign of ecumenism.   (15 – St Paul Anglican – Pro-Cathedral) In 1840 the Anglican St Paul’s Pro-Cathedral was opened , although the largely Anglican army and navy military would have had their own Chapels at each of the numerous barracks.

And there was enough of a Methodist presence to warrant the building of this grand Wesleyan Methodist Church in Floriana in 1880. With the final departure of the British Navy in the 1979 and the general decline in Church attendance the Methodists joined with the Church of Scotland in Valletta. But pleasing for me is that this church is now the Robert Samut Concert Hall named after my gg-uncle who wrote the music for the Maltese National Anthem.

The current population of 500,000 is reckoned to be 94% Roman Catholic and about a third of those regularly attend Mass…so that’s around 170,000 people.   Then there are around 5000 Eastern Orthodox, 3000 Muslim and just a few hundred practicing Anglican and Free Church . So I was particularly pleased to see that the Church in Malta was providing the source material for this Week of Prayer.

And can I finish with a request for your prayers for the people of Malta as they come out of a period of turmoil and dissension   and look to unite behind their new Prime Minister, Robert Abela , who was elected just a week ago. 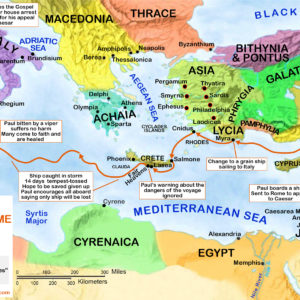 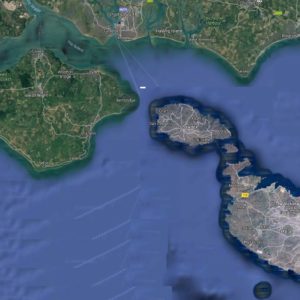 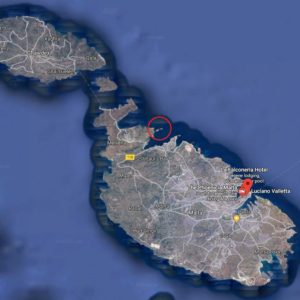 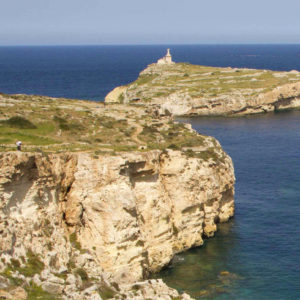 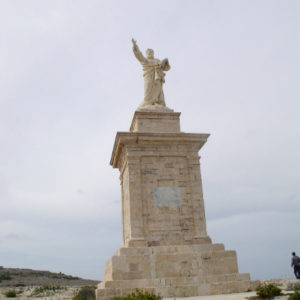 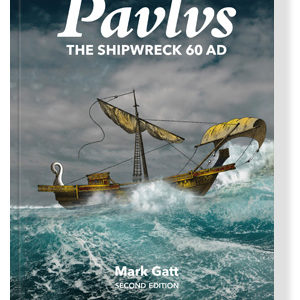 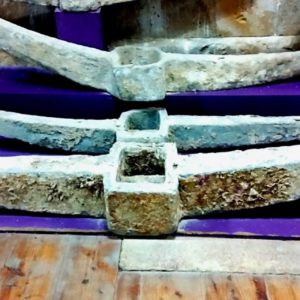 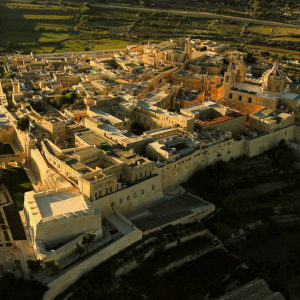 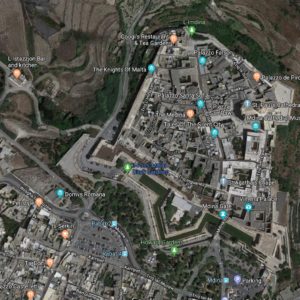 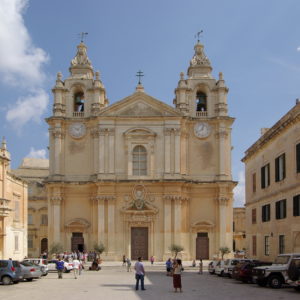 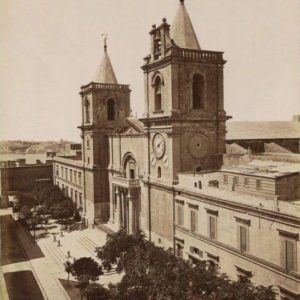 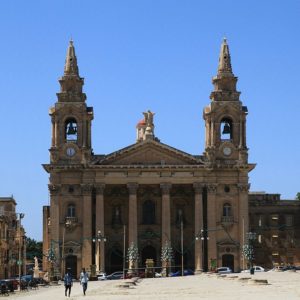 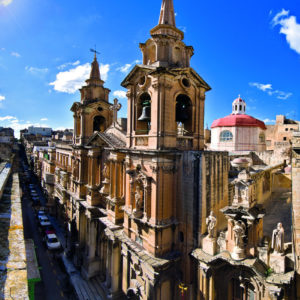 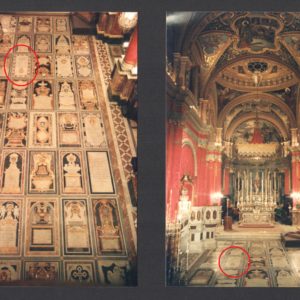 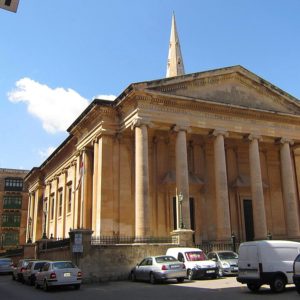 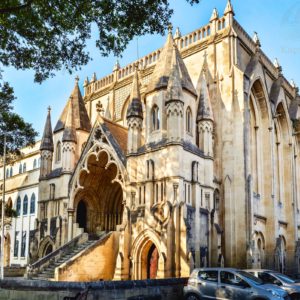