Arthur’s letter is badly damaged by the base Censor; the Companies are given orders to move at short notice, but then the move is postponed for a few days; it is snowing heavily but drill still continues; an opportunity for a priceless snow fight – played, of course, with gentleman’s rules!

… Yesterday everyone was jumpy & a lot of work was suddenly shoved on us. About a quarter to one the CO had in Company Commanders & said that the APM had told him we were to move to-day; that there was bad news from the French & than an order had come…..[Section removed by censor] ….ensued to get everything in order.

Later a wire came from the Brigade postponing the move & subsequent events have shewed that our fears were groundless. However there is a chance that we may move on Sunday or Monday. But as yet….. [Section removed by censor]

It has been snowing hard all day. This morning we had to drill in it for 3 hours. It was bitterly cold & unpleasant. This afternoon I went to my billet at the hotel to get my writing things & got involved in a snow fight which was progressing at the corner. The snow was priceless – about a foot deep. Most of the local passers-by entered into the fun of the thing. The few exceptions who didn’t provided great amusement. Only young men or boys were ever attacked: our fellows played the game… 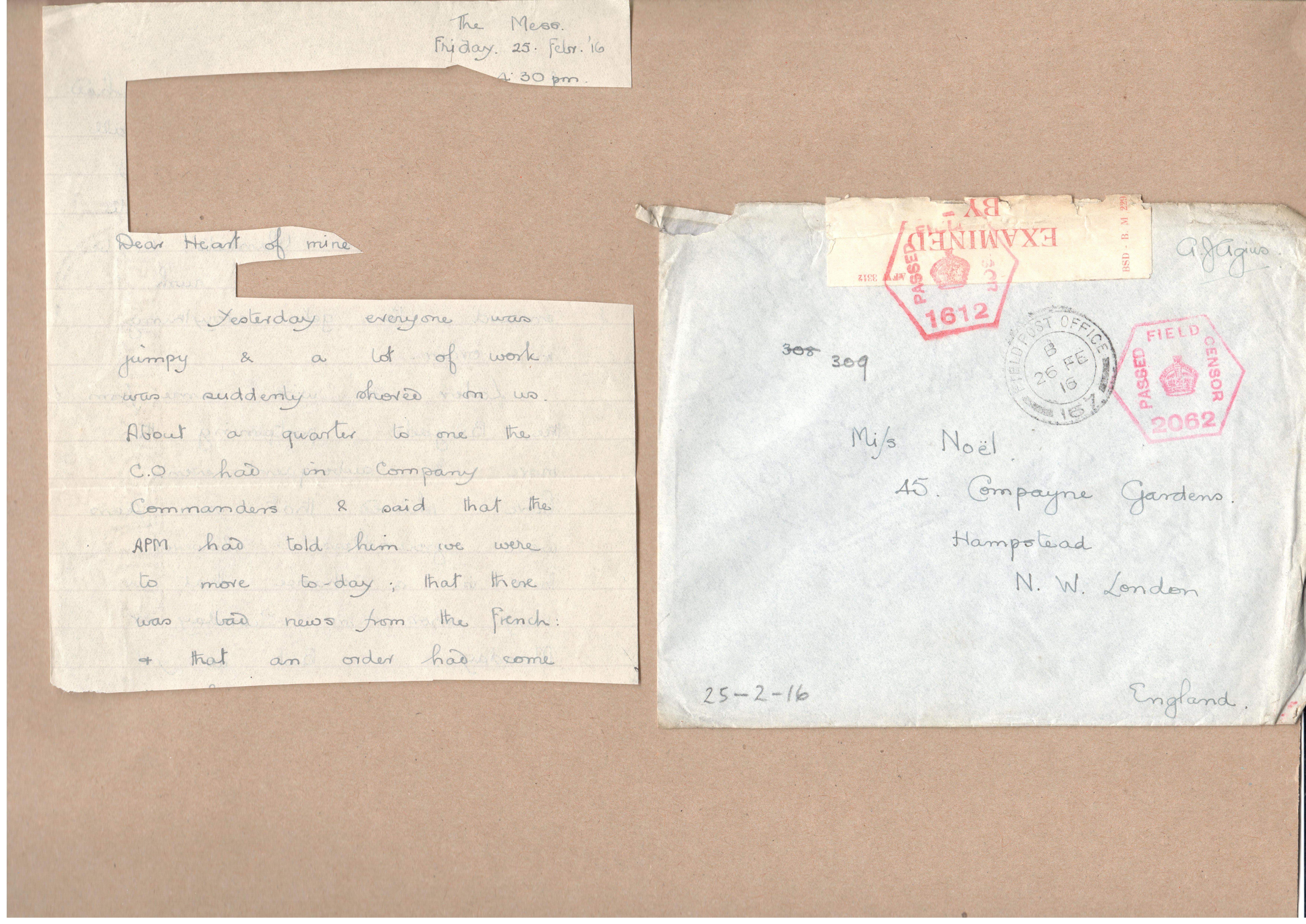