Arthur is writing from the support line, where his CO has insisted he stay, after his “thick time during the show”; Arthur was due to attend Army School from the 8th, for a month so there is no point in him commanding the Company for just a few days. Arthur also sends Dollie a newspaper cutting describing their bit of the show as “ THE Feat of the Battle”.

… Two dear letters to-day, with an enclosure from Tancred & a letter from Connie … I was so happy to get your news.   I think I’d better give you my news first, dear, & then answer yours. Yesterday the Battalion took over the front line again. About half-past nine the CO sent for me. He told me that my name was in to attend the Army School this month. He also said that I was due to go about the 8th: that he didn’t think it worth while my taking over the line for two days & then handing over to Lloyd, so I was to spend these two days at the 1st Line. I tried to refuse, & said I was all right & could easily remain up until the 8th. But he was very decent about it – he must have seen I was a bit “under the weather” & insisted. So yesterday afternoon after being shelled all day I came back here to the Transport & am living with Davis in a tent in a perfectly glorious valley.

I am awfully sorry in a way to leave the Company for a month, for it is MY Company. On the other hand I had rather a thick time during the show & the change will do me good. Anyway the CO says my name had been in 3 weeks or a fortnight & its an order. I feel sure you will be happier to know I’m out of danger for a bit – it’s rather a change after eighteen months isn’t it dear?

By the way I enclose a cutting from yesterday’s continental Daily Mail, describing in headline our bit of the show as THE Feat of the Battle & referring incidentally to the new line we dug 5 weeks ago. Anyway little dear, I’ve been slacking all to-day. The weather was pleasant enough this morning but this evening it has been raining heavily.

“More Fragments” arrived safe & sound – thanks awfully darling. By the way the Division got thanked by the Commander-in-Chief for the magnificent job they did. The men were ripping – the Hun guns as hot as one could wish for.

Incidentally, you’ll be sorry to hear that there’s no news of my Lance Corporal from the raid. He apparently gave himself up to save his wounded comrade. Johnnie is pretty fit again: poor David Jones – I think I told you – has died. There is no news of Calder Smith. Bert Pearce came in to see me yesterday: he is posted to “A” Coy. He looks very fit and asked after you.

I think I shall turn in dear; I can do with all the rest I can get. Thank God & Our Lady, I have been most marvellously watched over. News continues steadily good: don’t expect a lightening push. We are fighting with new tactics & a colossal number of guns. Losses are heavy but the job is good & sure… 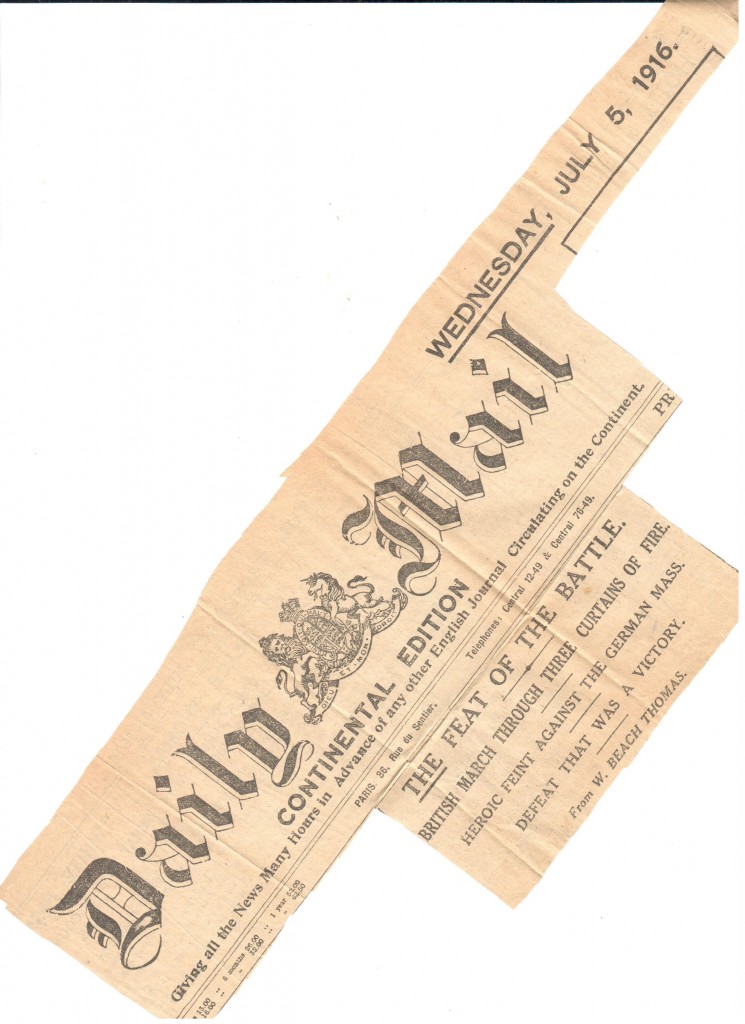