Arthur is finally home again,  never to return to France and The Western Front  (although he doesn’t know this until he is able to look back after the war).

In January 1917 he was showing signs of shell-shock and , after an intensive 2 years in the trenches, was told not to return to the front line.  He was on sick leave until May 1917 when he became Staff Officer to his old friend Colonel (then General) Howell  in charge of Aldershot District.  Arthur saw out his remaining time in the Army in Surrey and so there are no more letters from the front line.

This website will tell of the 4 brothers  Alfred, Edgar, Dom Ambrose (Tancred) and Richard as they are in action during 1917 leading up to the tragic death of Richard at Poelcapelle 26th October 1917. 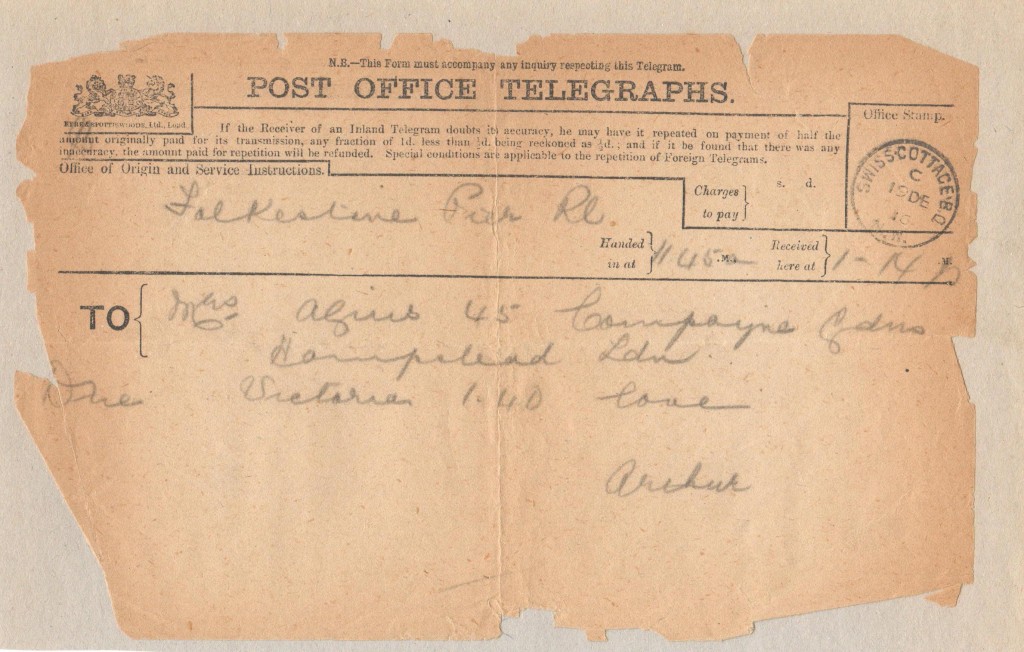