I am in receipt of your letter. I had a talk with the doctor this morning. He tells me he cannot say for certain if Dick will be fit to go to camp. As far as I can gather the doctor himself is disposed to think that it would be wise for him not to go. On the other hand Dick himself is most anxious.

With regard to your proposal that Dick should come home, I am quite willing to give him leave as far as I am concerned, but the doctor is having a splint made for his nose and is anxious to fit this himself.”

Just a line to say the doctor has given leave for Dick to come to you tomorrow. The Doctor has not been able to get the splint fitted. He is very desirous that Dick should see a Specialist whose name Dick has. [The doctor] has given Dick a letter addressed to the Specialist in question.”
In the archives we have 2 post cards showing Dickie at previous OTC Camps. And by September 1914 he was back in the field, training in earnest, for the real thing. 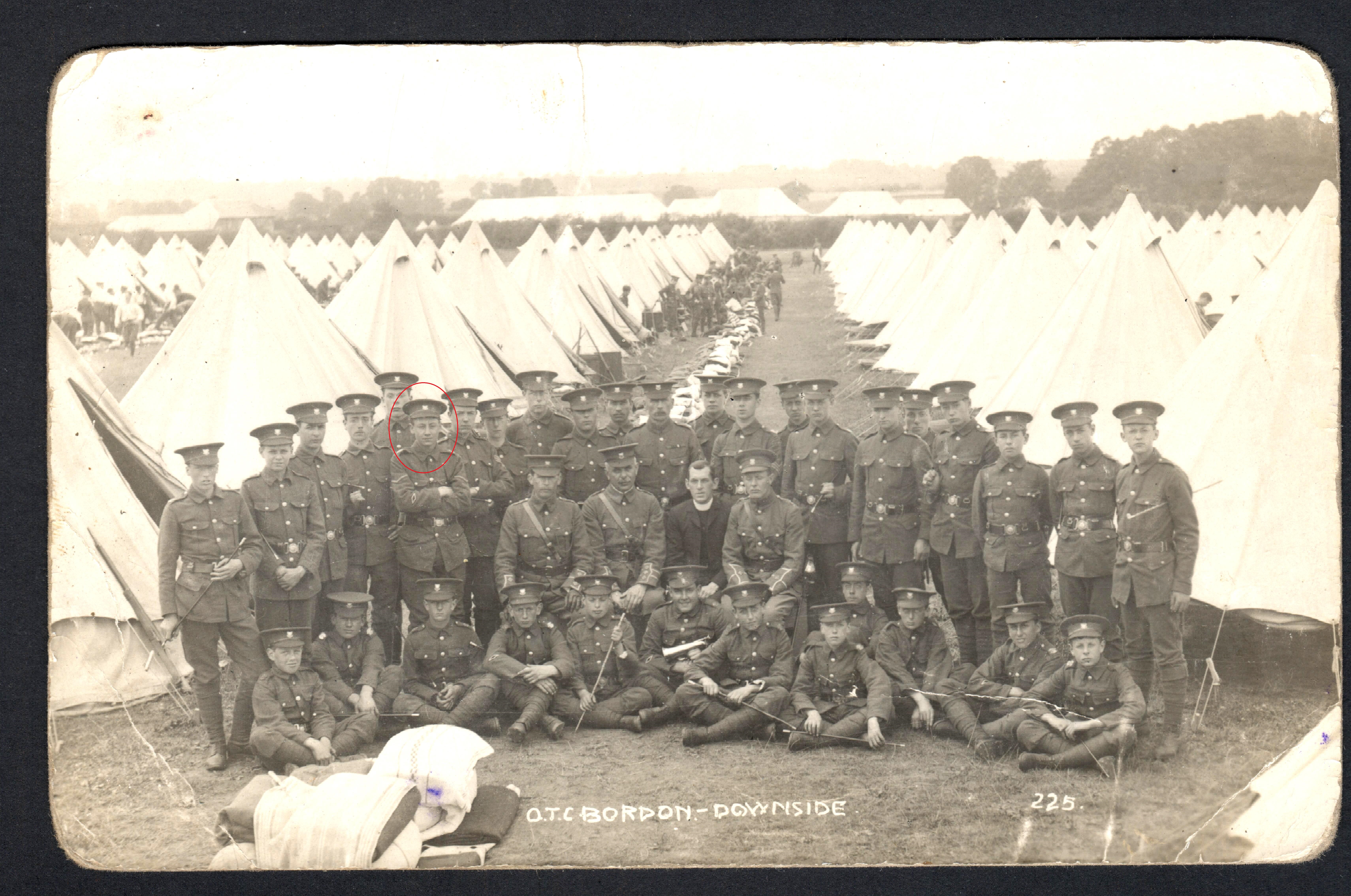 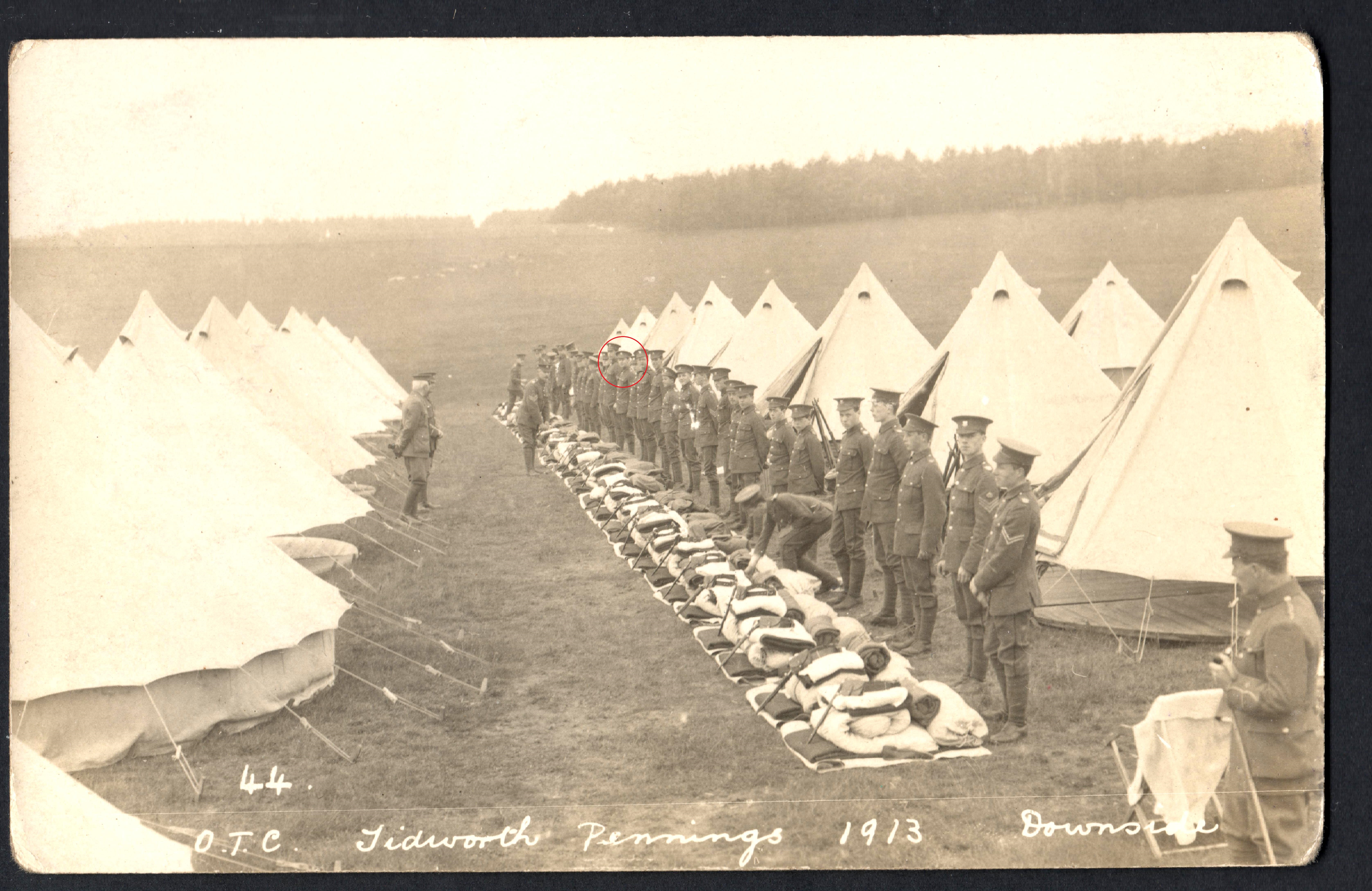