On Sunday 2nd August 1914 the 1/3 London Territorials were gathering at the station, on their way to summer training Camp. It was Bank Holiday weekend. Two days later, war is declared with Germany, and the Territorials are officially mobilised to guard the Eastleigh – Basingstoke section of the London to Southampton railway. Brother Arthur is posted to HQ on Winchester station, and Alfred is further up the line, closer to London. A week or so later, Dickie, still recovering from his injury, is able to visit Alfred (with the family dog!) but doesn’t get down the line to see Arthur.

Dickie makes plans to join the 2/3 London Territorials, now rapidly being recruited as a reserve battalion for the 1/3s. By September he has gained his commission, but before then there is a little matter of the paperwork. He writes to Headmaster Ramsay:

Will you please sign the enclosed vouching for my behaviour and standard of knowledge … page 2 … have them back as soon as possible. I want to join without delay. I hope I am not troubling you”. 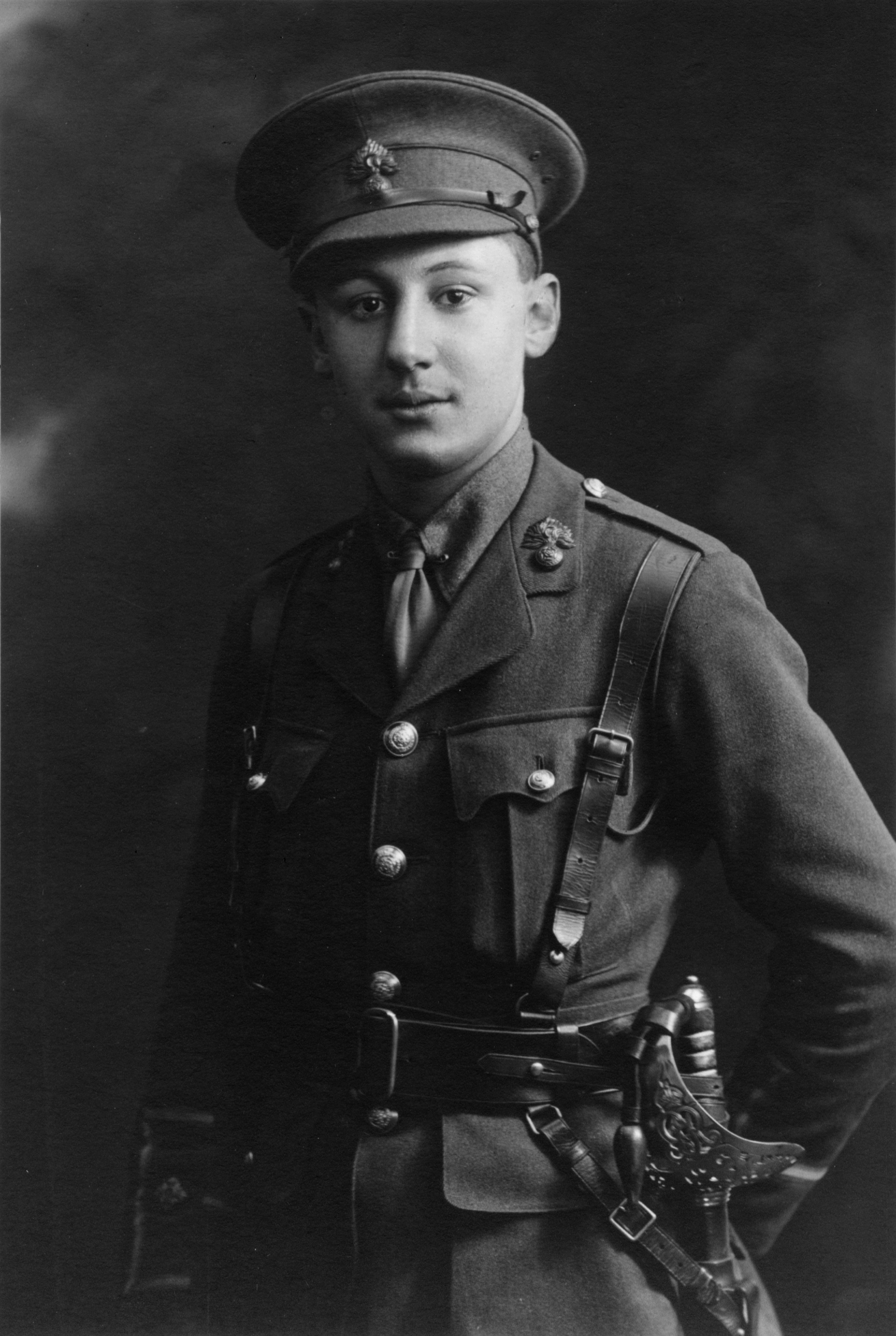 No doubt Ramsay would have had similar requests in the past few weeks. He replies in an affectionate but businesslike tone to Dickie:

I have filled out … form … and am returning it to you. I quite expected you would offer yourself for active service.

It is only necessary for me to certify your character. With regard to your educational qualification all that is necessary is that you should send up your last Higher Certificate. The headmaster’s certificate is only required when you have not passed a satisfactory public examination. If you read the form again you will see that this is so”.