As we approach the centenary of The Armistice our thoughts will be with those who we’ve been following for the 4 years of the WW1 centenary, and , in particular , four who are still on the front line and yet to face some difficult days.

We will tell their story by way of the relevant War Diaries, Adela’s letters to Edgar and Charles Asphar’s letters home to Malta.

The over-riding position on this day is that the Allies are continuing their rapid advance, capturing territory and towns that have been held by the Germans for 4 years. Meanwhile President Wilson is trying to get the Germans to agree to his 14 points that would include the abdication of Kaiser Wilhelm. Both sides know the end is nigh. 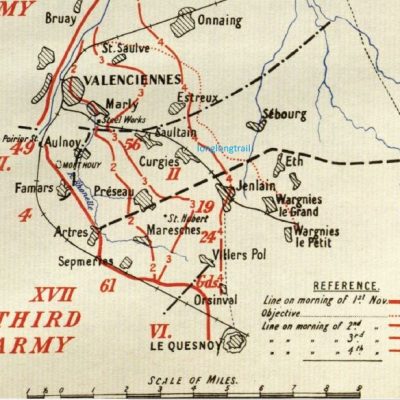