The 2nd Wiltshires move back to reserve/support and then to billets so for Arthur Samut the war is effectively over.

Charles Muscat in the 7th South Staffs remains in the front line.

Edgar Agius is back from leave to resume his post of Commandant of the Reception Camp in the barracks in Douai. At this late stage of the war the camp would have been processing the huge number of German prisoners being captured each day.

Meanwhile high-level diplomacy continues with all countries bar Germany having signed up to their Armistice.

On this day there was widespread news of the ‘false armistice‘ down to a misinterpreted message rather than deliberate ‘fake news’. 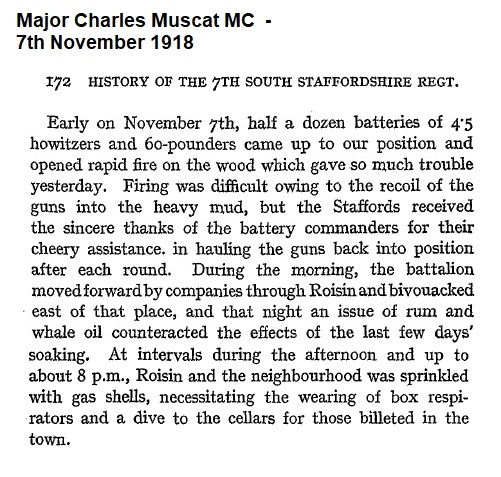