One Man and His Wars by Eve Bendall – 4

A telegram was sent from Port Said on April13 ‘All well’.

This would at least have told his mother the direction in which he was heading; it was followed by an undated letter, written in pencil …

Dearest Mater – I am writing a line from Suez; we came through the Canal last night and the day before – and had a very interesting and at times exciting journey – we called at Alexandria and Port Said before. Our destination is spelt by – 1st letter of your Christian name – 6th letter of your second daughters ditto – 2nd letter of your Christian name – (and so on until he had spelt KHARTOUM). I can’t write it or the censor would cross it out; we are all fit and well and ready for anything . Address letters Egypt – it is going to be very hot I expect – we are all very proud to have been chosen from our Brigade – and Lord Lucan said some very nice things about the battalion – pilot going – I must stop – your loving son…..Fritz

Just a line – we are off to Khartoum tomorrow – ½ battalion went yesterday.

We were entertained at the club yesterday. It is very hot but far hotter in Khartoum – no-one goes out between 9 and 4,I hear. The Sirdar (British Commander of Egyptian Army) is going to see me on the journey – I have to run a Camel Corps of 100 camels and men. Get a good map of the Sudan and you will know the places. I leave 2 Company at Sinkat and a party at Atbara -and the rest go to Khartoum. Men all fit so far and seem to stand the heat well – it is quite a healthy place as the heat is dry – but it is i think very trying. This is quite a good hotel – and the Red Sea is a weird place – we had a fair view of Sinai. I am dining with the OC of the district to-night. Best love – address simply Egypt – Fritz 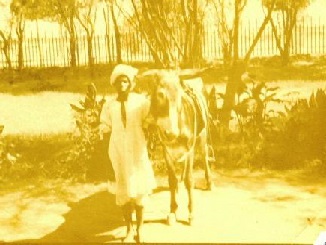 I never thought when I told you to read ‘With Kitchener to Khartoum’ that I would ever see these places – much less that I should ever be OC British troops here. I had to wait 3 days in Port Sudan and was very kindly treated there – and here it is the same. All the men have been up to call and we have heaps of invitations. Most of the ladies have just gone away for the hot weather. There are 350 or 400 officials in Khartoum and others (mostly Oxford men) all over the Sudan. Khartoum is fairly English – good houses and fine streets with electric light – but over the river Omdurman is essentially Sudanese – and men are only allowed there in groups of 4 which must not separate.

The 7th Manchester – whom we relieved- were here for 6 months – but it was in the cool weather. I don’t know how long we shall stay – it is an expensive job moving troops.  It is hot – average 102 or 103 in the shade – but very dry heat -one sweats enormously but it dries up in no time – drinks profoundly -and keep quiet in the middle of the day. After a bath there is no need for a towel – you put on a shirt and are dry in 3-4 minutes. The gardens are quite good – but they have little ditches which are kept full of water from the Blue Nile. The tennis lawns are grass or mud. There are no mosquitoes luckily – but heaps of loathsome tho harmless crawling things…….. I have 2 horses – one from Malta and an Arab stallion from here which suits me very well.- but it is too hot to ride often. One jogs about the barracks and to the club on a donkey – mine is a big black one – and little a black boy – Bishir who runs behind. I think a lot of home and Nafferton – I hope it wont be 12 months before I see them both again but it is in God’s hands -very best love  Fritz

A diary of an interesting week; Wed last – dined at Sirdar’s palace; am to stay with him 3 days. Thurs Ordinary routine in barracks -tennis with Adjutant General; Friday – ditto.Sat am -work; pm tennis with Col Pearson – dinner in mess. Rode to station at 9.30pm for State arrival of Sirdar with escort and suite – on board his train at 10.30 – slept v badly – too hot

B’fast near Atbara – waited 2 hours for English mail coming from Cairo. Visited detachment of 40 men under Capt Clarke – all well. Went on at 12.0 -still hot – coaches v good and Reuters news for Sirdar at most stations. About midnight train left our coaches at summit at Erkowit. Slept well. Sunday – up at 5 to see Sirdar’s camel train load up his baggage – 100 camels – local natives – fuzzies – to load. Introduced to local Sheikh. Sirdar left in car at 6.30 – motor trolley for me and Fowler (my man) back to Sinkat – jolly ride in open car on line; got here about 7; found Simmonds and B company(200) in good camp by railside – 3000 ft up beautifully cool.

After lunch took trolley 15 miles for shoot – got 2 dig-digs (small gazelle) 3 hares and 2 pigeons – all for pot as well as shooting. Today -up dry watercourse for pigeon -shot badly but got 3. Go to Erkowit for 3 days on Thurs – Khartoum Sunday ; best love to all -Fritz

The war seemed to be receding again and clearly he was enjoying himself.

During the rest of May and June life seemed to continue much as before; he was given a 10 week old lion cub with which he had ‘ great fun; there were trips with the Sirdar, tennis, shooting and home riding, alternating with battalion business and exercises. There were dust storms, locusts – and an outbreak of ‘cerebrospinal influenza’ among the men which seems to have been dealt with by taking swabs and using temporary isolation. In one period of 10 days, 5 men died – 1 from dysentry – 1 in an accident and 3 as a result of the heat which clearly was their main problem. It is hard for us, today, to realise the situation, then, with mail – “Your last letter was written on 26 May and got here 10 June pm“ . Marie was still much in his thoughts – ” I had a ripping photo from Marie – I find (which has never happened before) that I am as much in love as a year ago – I can only look forward to Aug 19 1916 – she will be 21 then and will let me know one way or the other.“

On 26 July he sent an angry letter – he had received orders to send 1/2 his battalion to France while the rest stayed in the Sudan.

“The Sirdar has sympathised with my natural desire to keep together a battalion for which I have been totally responsible – but it’s no use – I was wild at first but one has to obey aid make the best of it.”

Perhaps the Sirdar had some influence because a week later “had another wire from the War Office cancelling all draft arrangements – we are pleased immensely that we are to stay together – and hope it means a move tor the whole battalion shortly in which case you will have a cable”.

The pleasant life was ending.

The battalion was given a great send-off from the Sudan: the Khartoum Times wrote

‘After a brief stay of less than 5 months in the Sudan, the 2nd Battalion, 3rd London Regiment, city of London Fusiliers left the Sudan last Wednesday, September 15th, for an unknown destination.’

On the day of their departure, His Excellency, the Sirdar and Governor General went down to Port Sudan in order to bid them farewell …

“During the time you have been under my command in the Sudan, nothing could have been better than the behaviour of all the ranks under very trying climatic conditions. The greatest credit is die to you, Colonel Bendall, to your second-in-command Major Prance and to your Adjutant, your Quartermaster, the Company and other officers, as well as to the Warrant officers, no-commissioned officers and men of this Battalion who, in the short time you have been in this country have endeared yourselves to both the British and Native communities who all unite with me in wishing you Goodbye. God speed and Good luck wherever you may be”.