One Man and His Wars by Eve Bendall – 5

Fritz wrote to his mother…

‘Tuesday (Sept 14th)  Dearest Mater I am sitting on our transport in harbour (Port Sudan) here watching the bustle of loading – a great sight. There will be two battalions on board and two generals and some other officers. I don’t know our actual destination – but it is as I said in the cable code; we shall probably be “there” on the 17th but may not land for some days. I told you about my money when I wrote last – it is in Cox’s -the Army bank – there should be, I think, about £150 now – but I don’t know exactly as I have bought some rather expensive things and have some money on me. I am leaving my tin box and a big canvas bag with Cooks here and my field kit which goes with me which would, in case of accidents, be sent back to you.

I’m not sending a Will after all. I only want you (in case again) to send Marie any books of mine she would like – offer her all the books of poetry – prize volumes – the rest of course is for you to do what you like with. I feel fairly cheerful – I should have liked to think I should go home if wounded, but that can’t be helped – Its an honour to go. I think we are are the first of the 2nd line battalions – and I have only the doubt as to how I shall handle the 800 men whose lives may depend on me. However I shall have good advice – and I hope we shall do as well as the 1st/3rd.

I told Marie that her name would be the last thing I said – but I daresay it would be yours after all – tho’ I am quite sure about what I feel for her – and it’s the best thing I have had in my life – far away – I never thought that I could feel so for anyone and has been such a help for me.

However that’s all in case -and I expect to come home all right – I have a sort of feeling that Providence has shoved me into this job and will bring me through it. If anyone offers to send anything to me – suggest a pipe and tobacco – and any papers or food – one can get nothing there, I believe; in fact you might get Southgate to send me a briar pipe & 1/2 pound of Murrays or mild Craven every 3 weeks and run a bill for me. There will be heaps of money for that if I am crocked – address British Mediterranean Exped. Force and full name of battn. Good bye for the present and God bless you all – and especially my very dear old Mater -your loving son – Fritz

Friday (17th Sept) – we are nearly there – the general on board says I have a very fine battalion. Just inoculated for cholera F 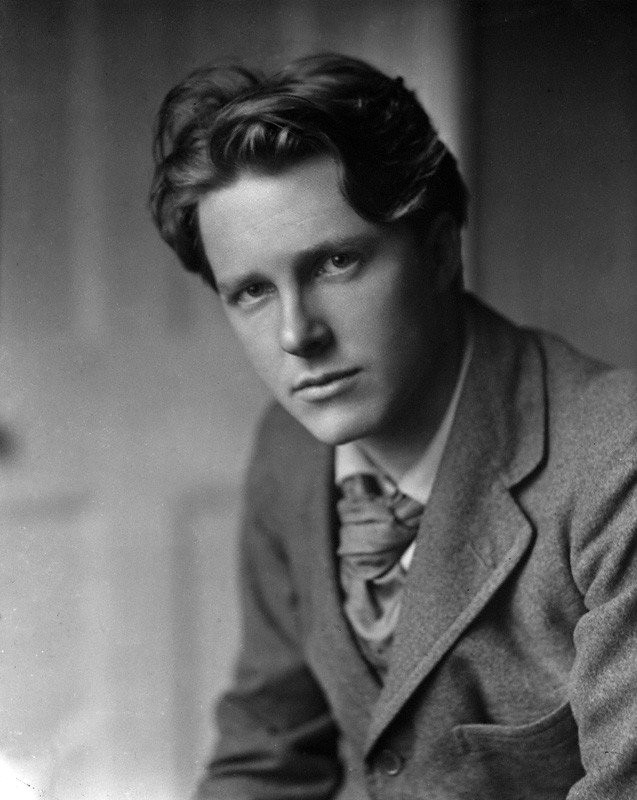 Most of the young men who became officers in the ‘new army’ had had a classical education – and the thought of action near the Greek islands and the presumed site of the battle for Troy – read of in the Iliad and the Odyssey – had an enormous appeal. Rupert Brooke spoke for many of them when he wrote in a letter

“It’s too wonderful for belief -I had not imagined Fate could be so benign. I almost suspect her. Perhaps we shall be held in reserve, out of sight, on a choppy sea for two months – yet even that ! – But I’m filled with confident and glorious hopes. I’ve been looking at the maps. Do you think perhaps the fort on the Asiatic corner will want quelling, and we’ll land and come at it from behind and they’ll make a sortie and meet us on the fields of Troy?. It seems to me strategically so possible. Will Hero’s Tower crumble under the 15” guns? Will the sea be polyphloisbic and wine-dark and unvintageable? Shall I loot mosaics from St Sophia, and Turkish Delight and carpets? Should we be a turning point in History? Oh God I’ve never been quite so happy in my life, I think. I suddenly realise that the ambition of my life has been – since I was two – to go on a military expedition to Constantinople. And when thought I was hungry or sleepy or aching to write a poem – that was what I really, blindly, wanted. Good night – I’m very tired with equipping my platoon”

He never got there; he died on the voyage, of acute blood poisoning – and ‘in the island (Scyros) where Theseus was buried and whence the young Achilles and the young Pyrrhus were called to Troy, Rupert Brooke died and was buried on Friday 23rd April, the day of Shakespeare and St George    (Edward Marsh)

Churchill wrote “ Rupert Brooke is dead .A voice had become audible, a note had been struck,…more able to do justice to the nobility of our youth ,in arms, engaged in this present war  – able to express their thoughts of self surrender….. and with a power to carry comfort to those who watched them, …than any other. That voice has been swiftly stilled. Only the echoes and memory remain; but they will linger.”

Fritz also wrote poetry and had done so since he was at school  tho he called himself a ‘versifier’ not a poet;  ;this was, in fact the description given to him in a review of his book of war poems ‘Front Line Lyrics’, which was published in 1919;  the reviewer wrote, in the Times Educational Supplement ‘we do not say that Col. Bendall is a born poet; but he has the knack of writing verse – apt, well considered verse, genuinely felt, but never mawkish -about the things which occupied his mind while in the front  line.’

The first of his war poems was written about Gallipoli; but the first in the published book was for Marie, written in Malta in 1915.

I see the birds go North
Go North across the sea
And with them winging free
I feel my heart fly forth;

The swallow on the eaves
Of that dear Northland, soon
Will trill his tiny tune
To waking buds and leaves;

The nightingale will bring
Within her golden mouth
A love song from the South
To charm the ears  of Spring.

Will touch your hearing too
With music-laden wings;
It is my heart that sings
The Song of Songs for you.

At this point, Fritz’s long letters either ceased  or were not kept by his mother However she kept a scanty diary which gives certain facts; other. sources for the next 3 months are scanty newspaper cuttings, an article written by by Fritz in 1929 and published in ‘Everyman’, and two of his poems. According  to the BBC history description of the offensive,above, at this point, “ more troops were landed at Suvla Bay…in an attempt to hold the heights at Sari Bair and cut the Turkish communication”. Also, since  the decision to end the campaign and withdraw the troops  had been made, all moves were defensive.

Fritz’s last letter to his mother gave the impression that the battalion was unlikely to land in the peninsula before the 3rd week in September. His mother records “Sept 27 – landed at Suvla Bay; Oct 10  Moved for the 4th time in 17 days; Oct 17  ‘a very narrow escape from a bullet which passed between my arm and my side’ “